To promote oral hygiene and support speech development, children were encouraged to bring any bottles or dummies they were using, to give to The Dummy & Bottle Fairy when she visited Nursery. Children who had already discarded their bottles and dummies received a sticker.

Those that handed them to the Fairy were presented with a certificate.

The Bottle and Dummy Fairy arriving at Nursery.

The Children handing in their bottles and dummies. 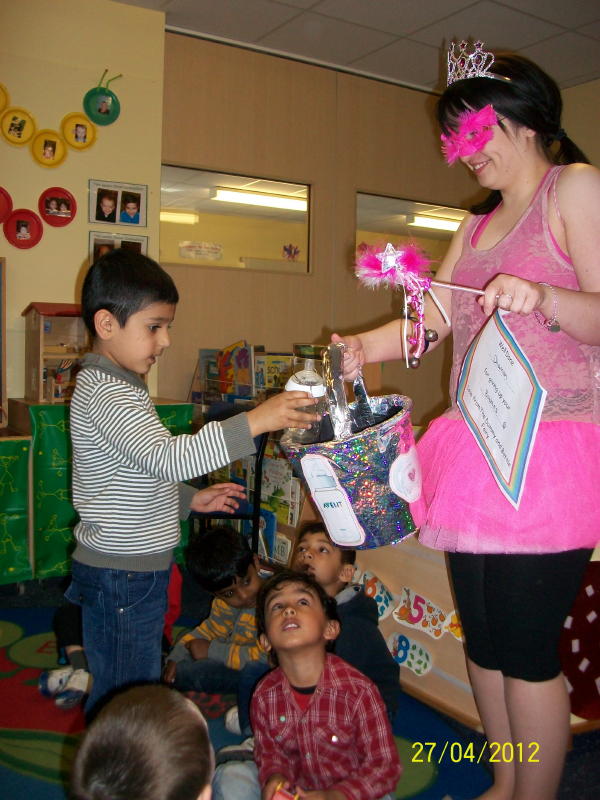 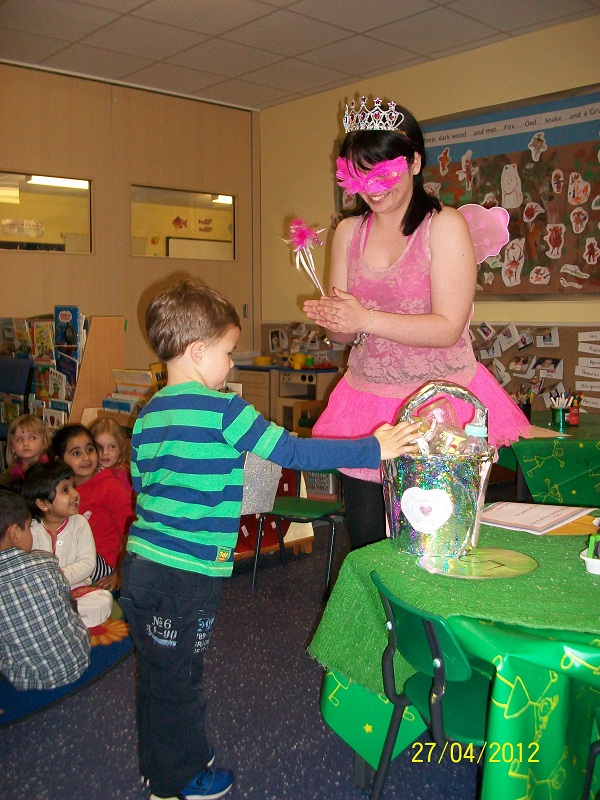 The Fairy had a bottle full by the end of the day! 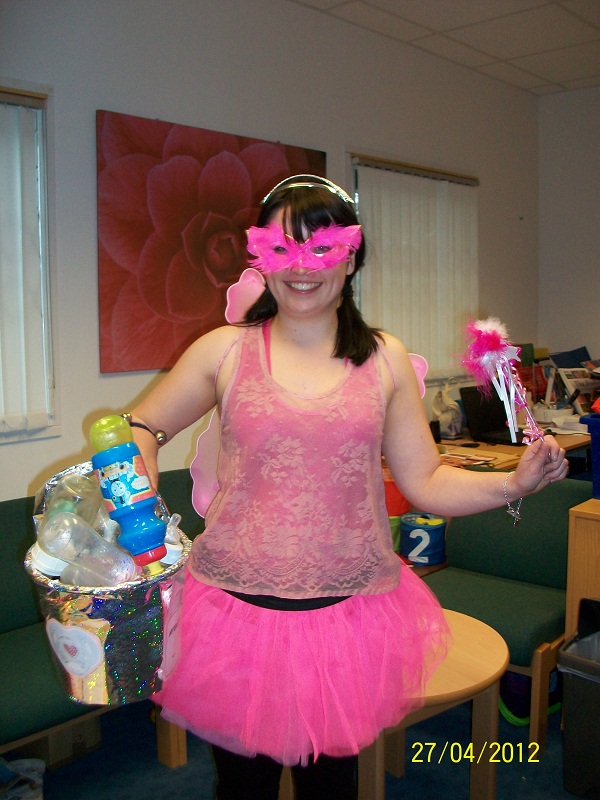 "The School's Dummy Fairy finally made A give up his dummy and he never asked for it once."

"Thanks to the Dummy Fairy and talking to the teachers E gave up her dummy and now sleeps in a big girls bed, this was all done without any tears or pain!"